Australia can nurture growth and prosperity through biology 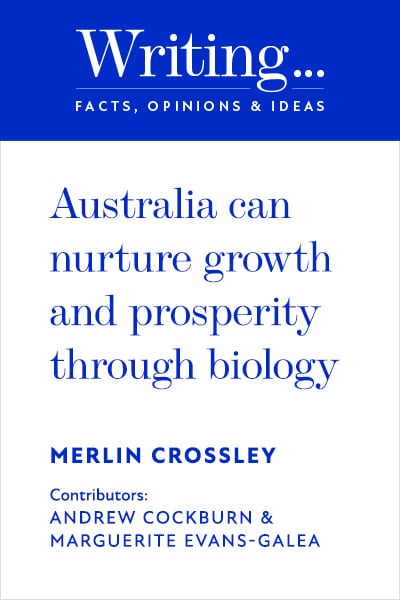 Australia can nurture growth and prosperity through biology

“One of the 20th century’s most famous scientists, physicist Ernest Rutherford, explained: ‘When we have found how the nucleus of atoms is built up we shall have found the greatest secret of all — except life.’

The 21st century is set to be the time when the study of life — biology — steps up. Once, as Rutherford also said, it may have been true that ‘Physics is the only science, all else is stamp collecting’, but now physics, chemistry and mathematics have combined and ignited a revolution in biology …”