Before they end us, we can and must end nuclear weapons 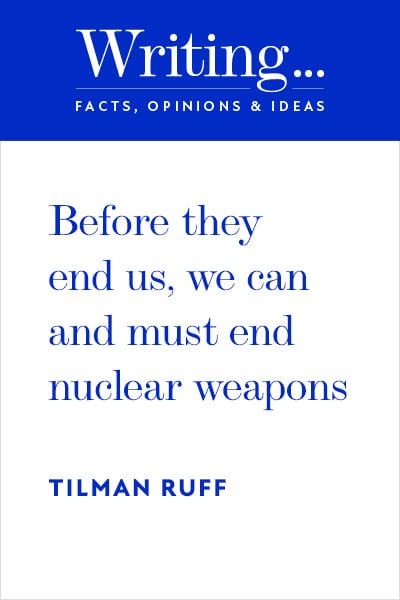 Before they end us, we can and must end nuclear weapons

“On 24 January 1946, the very first resolution of the UN General Assembly called for the ‘elimination from national armaments of atomic weapons’. More than 71 years later, in Conference Room 1 at the United Nations in New York at 10:47 on 7 July 2017, governments voted 122 to 1 to adopt the text of a historic Treaty on the Prohibition of Nuclear Weapons (UN General Assembly, 2017). A room filled for weeks with formal procedure, composed diplomats and committed campaigners erupted with applause, joy, tears and embraces …”