Can Emissions Trading Save the Planet? 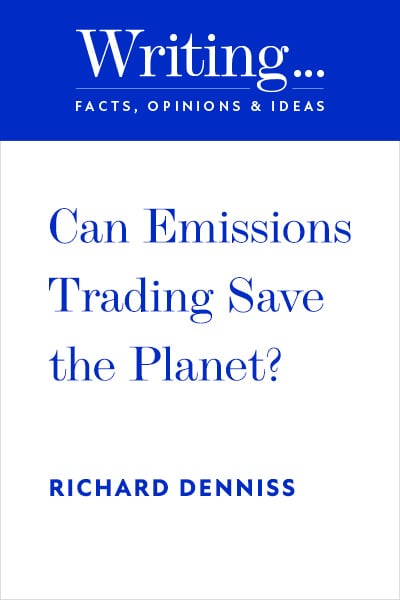 Can Emissions Trading Save the Planet?

“Climate change occurs because of the excessive release of green-house gases into the atmosphere. Not only is Australia one of the largest polluters in the world, the growth in its emissions in recent years has been among the fastest in the developed world. Emissions in China and India have been growing rapidly too because their populations are working their way out of poverty. However, their per capita emissions remain a fraction of those of Australia’s …”