Does the Theatre Have Any Direct Effect on How We Live? 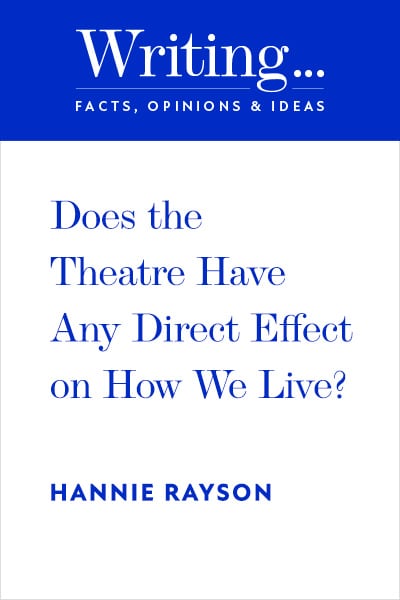 Does the Theatre Have Any Direct Effect on How We Live?

“As a child I worried about the poor. I thought about them almost as much as I thought about how much I wanted to own a horse. And that was a lot. My mother said that the measure of poverty was when children came to school without shoes. She said I was to keep my eyes open for bare feet in the playground, but in the meantime I should stop worrying. Because as well as being a classless society we were a prosperous society, and that was because of Mr Menzies and our innate decency as a people. In my heart, I knew my mother was wrong, but I was hard pressed to collect evidence. There just didn’t seem to be that many barefoot children at primary school in Brighton …”