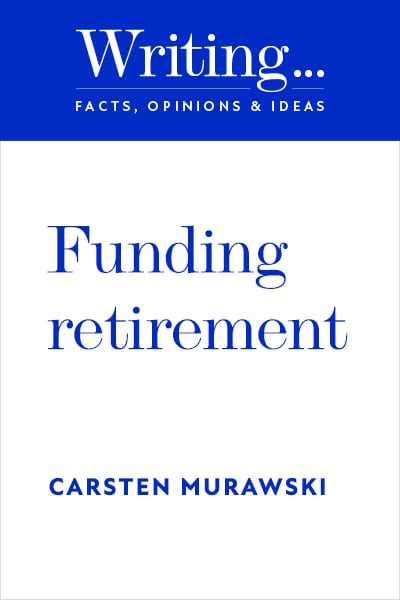 “A few years ago, a survey asked several hundred Americans what they feared more: death, or running out of money during retirement. Three out of five respondents stated the latter. The proportion was particularly high for those aged between 44 and 49 years who had dependents: in this age group, four out of five respondents reported that the lack of retirement savings was a bigger fear for them than death …”