Health Systems in the 21st Century — Evolution or Revolution? 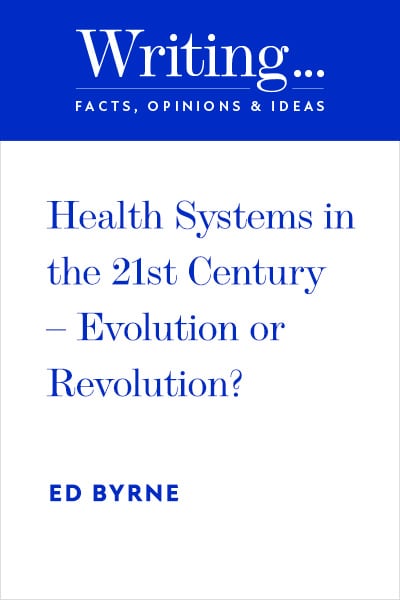 Health Systems in the 21st Century — Evolution or Revolution?

“The ancient Chinese curse to live in changing times applies more to the health system in western countries than ever before. A number of factors are contributing to a period of immense challenge and opportunity. In the past, health systems have evolved through evolution with gradual change, and this will probably be the major modus operandi for changes in the health system in the years ahead, but the pace of change will need to be greater than before, and there is a possibility that at some stage more revolutionary change in the organisation of the health system in Australia may be required …”