Our environment: damaged and endangered by human egotism and error 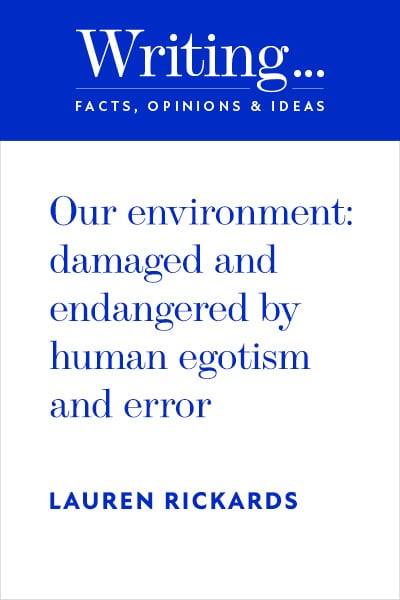 Our environment: damaged and endangered by human egotism and error

“This chapter is about wellbeing in the Anthropocene. ‘The Anthropocene’ is the name given to the new chronological period the Earth is said to now be in as a result of human modifications, representing its exit from the Holocene (the past, relatively stable 10–12 millenia). Proposers of the term — Nobel Prize–winning atmospheric chemist Paul Crutzen and colleagues, including Australian earth system scientist Will Steffen — argue that recognition of a new era is warranted due to the combined effects of human activities such as land clearing, savannah burning, agriculture, damming, mining, forestry, industrialisation and urbanisation (including our ongoing spreading of ‘Anthropocene rock’, that is, asphalt): ‘The human imprint on the global environment has now become so large and active that it rivals some of the great forces of Nature in its impact on the functioning of the Earth system.’ …”