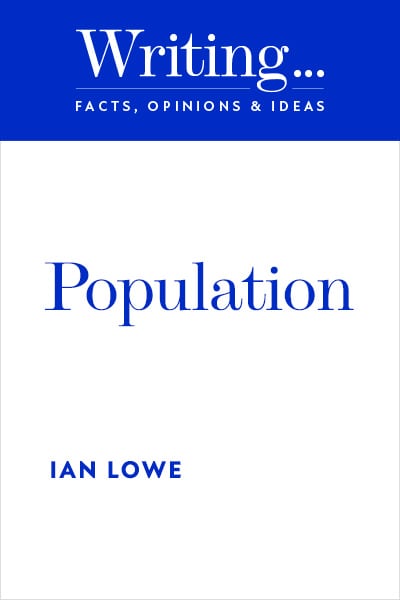 “When I was born, the human population was about two billion. Today, it is approaching seven billion. In the 1960s, US biologist Paul Ehrlich warned of the consequences of uncontrolled population growth. In forecasting mass starvation if the population continued to grow, he was echoing the gloomy thoughts of Malthus, who argued over 200 years ago that population was increasing faster than food production could be expanded. That prediction has turned out to be wrong so far. It has been a remarkable technical effort to keep food production in step with the growth of the human population, so that the food supply per person is currently as good as at any time in human history. The distribution system results in millions of people being hungry, while dogs and cats in countries like Australia eat well …”