Seeing to the end 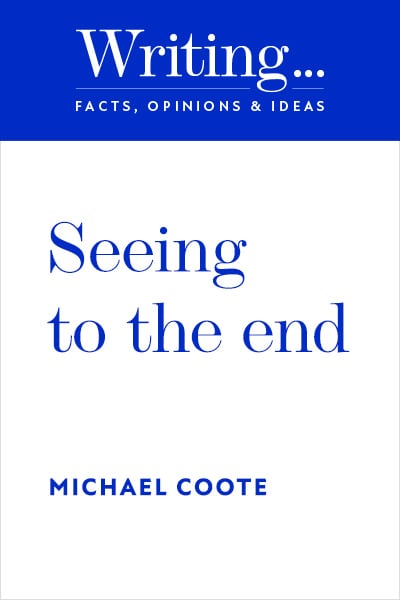 Seeing to the end

“‘Rage against the dying of the light’, so wrote the Welsh poet, Dylan Thomas, to his dying father in 1951. He is referring to his father’s impending death, but he uses the imagery of loss of facility and senses to convey this. For many, the fear of loss of sight is as great as death.

In an Australian study, over 65-year-olds named loss of vision and cancer as their two biggest concerns. From other research we have quantified the staggering ‘costs’ associated with the loss of functional vision to the sufferer, and to their carers. Loss of vision means loss of independence and leads to increased isolation and depression, increases the risk of injuries and falls, and can cause a reduction in length of life …”