The Emergence of WikiLeaks: Openness, Secrecy and Democracy 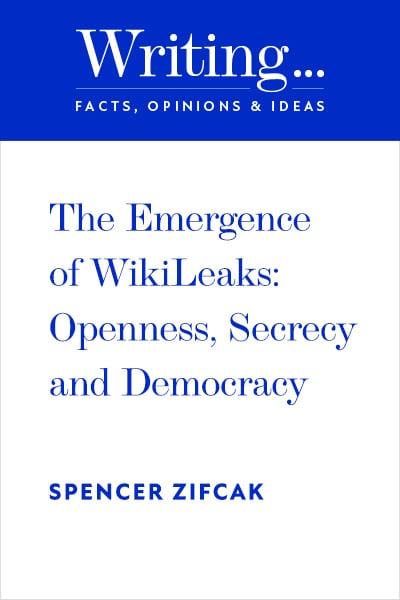 The Emergence of WikiLeaks: Openness, Secrecy and Democracy

“Just three years ago WikiLeaks was virtually unknown and its founder, Julian Assange, was next to unrecognisable as a national, let alone global identity. A short time later almost no one could say that they knew nothing about the organisation. Assange’s picture appeared on the front cover of TIME magazine and he was described early in 2011 as the most ‘famous man in the world’. The website that encouraged whistleblowers to send their secret documents securely to it without prospect that the sender could be identified had become a global internet phenomenon of unprecedented scale and significance …”