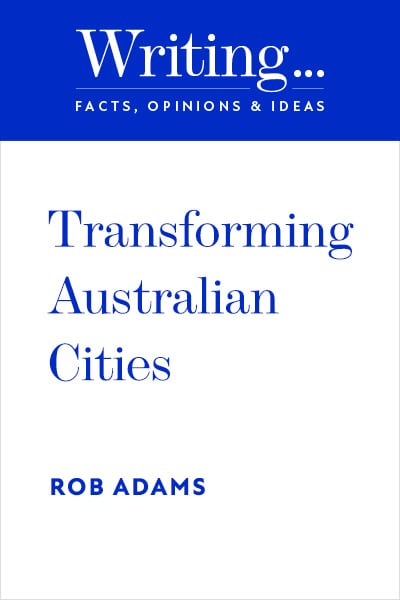 “More than 80% of Australians and over half of the world’s population now live in cities: cities that are responsible, directly or indirectly, for nearly 75% of the world’s greenhouse gas emissions. As a result, the design and operation of our cities is a critical challenge facing humanity in the 21st century. Our success or failure to transform our cities over the next 20 years will be a key legacy to future generations …”