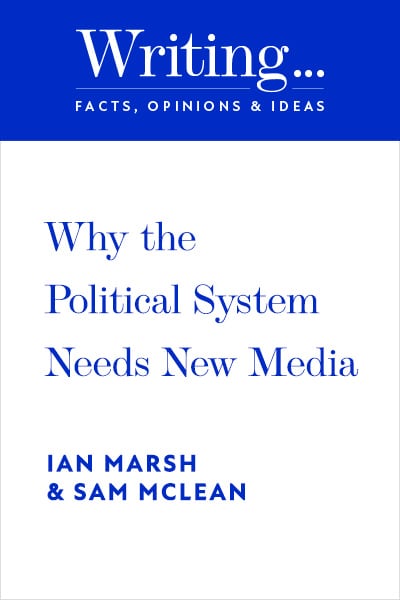 “This chapter describes the roles that new media might play in rebuilding links between Australia’s diverse publics and the formal political system. We will show that democratic engagement has been hollowed out. This is partly an unintended consequence of the significant (broadly bipartisan) policy reorientation that has occurred since 1983; and partly a consequence of the new diversity in Australian society. Rebuilding links between the formal system and its publics is critical if the quality of democratic experience is to be restored. Further, this is a twofold challenge — one aspect of which concerns access to the formal political system, and the other ensuring that new media platforms are readily available to citizens …”