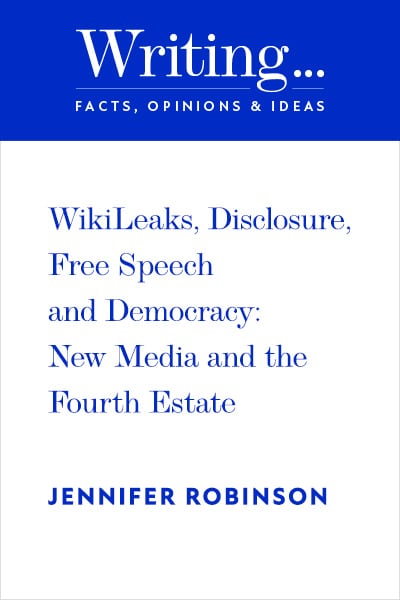 “The past 12 months have been, without a doubt, the most exciting in recent history in terms of disclosure of information. The disclosure of information by WikiLeaks, including collateral murder, the Afghanistan and Iraq War logs, Cablegate, the Guantanamo Bay files, the spy files and the global intelligence files, has meant that WikiLeaks and its editor-in-chief, Julian Assange, have been at the top of international headlines. As a result of WikiLeaks’ disclosures we have learned more than ever before about corruption and human rights abuse around the world, the nature of diplomacy, the military–industrial complex, the extent of misinformation about war, and the abuse of government power and public–private partnerships in traditional government functions, such as intelligence sharing, which are being contracted out to private corporations that are beyond the scope of regulatory control …”