Will democracy be enhanced by the new technology, or are we all doomed? 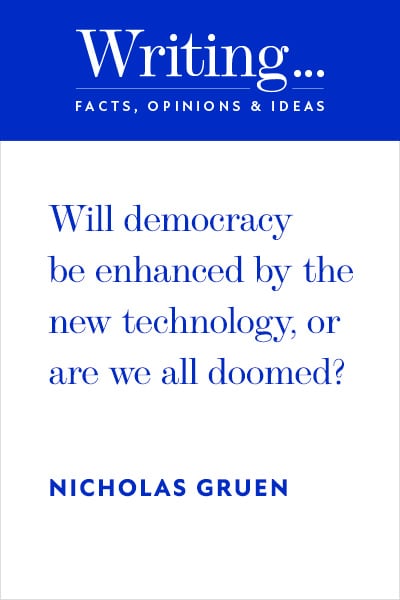 Will democracy be enhanced by the new technology, or are we all doomed?

“Shortly after Barack Obama became the first US President to build his campaign around online social media, his new administration held an online ‘brainstorming’ session, seeking ideas for making government ‘more transparent, participatory and collaborative’. Participants in the online brainstorming felt unconstrained by these terms and pursued their own pet ideas and/or voted others’ ideas up or down a ladder of popularity.

With a rerun of the Great Depression in the offing, what was uppermost in the public mind? Legalising marijuana topped the pops on the brainstorming site, followed by releasing Barack Obama’s birth certificate. …”