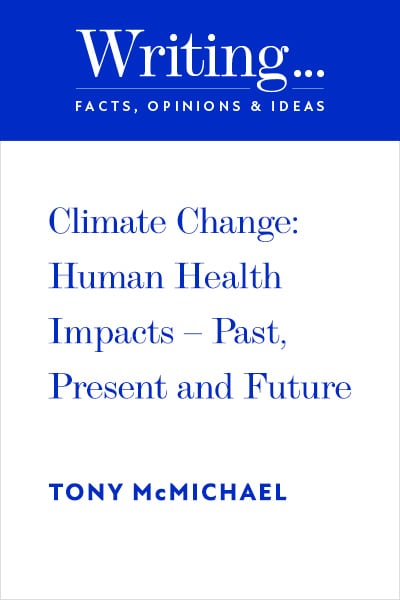 “The year 2010 was climatically distinctive. Globally, it was one of the two hottest years in the 150-year (surface thermometer) record. It was also a tumultuous year of extreme weather events — in North America, much of Europe, and in the greater Eurasian region where the combination and scale of flooding (Pakistan and China), landslides (China), extreme heat-waves (Russia, China, Vietnam), and wild fires (Russia) during August was, literally, extraordinary. The dire and diverse impacts on human health and survival were obvious. In Moscow, during the extremes of heat and smoke pollution in July–August, around 500 more deaths occurred each day than is normal for that time of year — approximately a 50% excess. Many leading climate scientists judged that this confluence of extreme events probably points to the amplifying effect of climate change (especially warming) on weather variability. …”