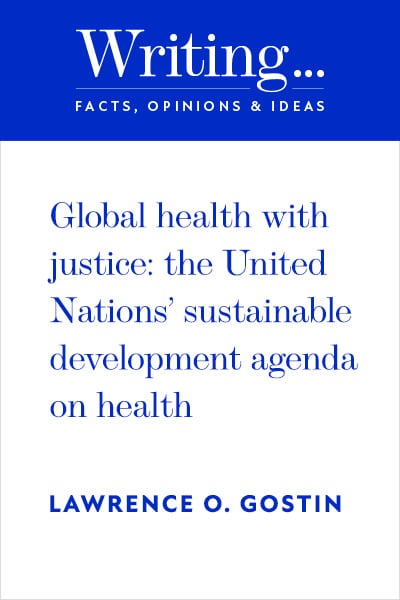 “Recognising the failure to meet the needs of the world’s poor, the United Nations General Assembly, on 8 September 2000, unanimously adopted the Millennium Declaration. The Millennium Development Goals (MDGs), which followed the Declaration, are the world’s most broadly supported and comprehensive development targets — creating numerical benchmarks for tackling poverty and hunger, ill health, gender inequality, lack of education, lack of access to clean water, and environmental degradation by 2015. The MDGs contain several discrete health-related goals: MDG 4 calls for a two-thirds reduction in the mortality rate of children under five years between 1990 and 2015; MDG 5 calls for a three-quarter reduction in the maternal mortality ratio between 1990 and 2015; MDG 6 aims to halt and reverse the spread of HIV and the incidence of malaria and other diseases …”