The Fiddle and the Fire 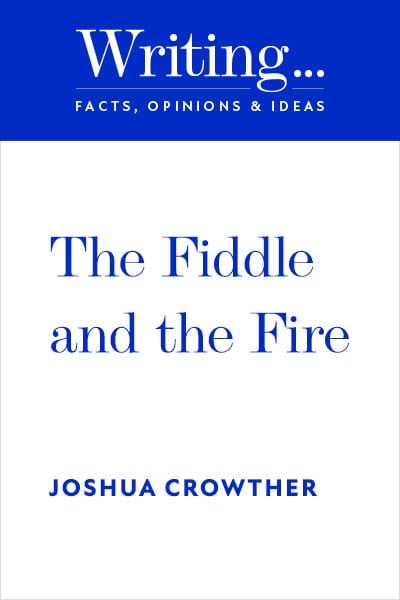 The Fiddle and the Fire

“In 64AD, the city of Rome, mistress of the known world, was ravaged by a ferocious fire. The blaze swept through the crowded alleyways and decrepit housing of the city’s poorer districts. All who were caught in its path were incinerated.A vast swath of the city was reduced to ashes and crumbling ruins within days. The Emperor Nero, ‘enraptured by what he called the beauty of the flames’, gleefully played the fiddle as he watched the citadel that he had been tasked to watch over, sway and disintegrate. This, the greatest cataclysm to befall the city until its sacking at the hands of the Goths 400 years later, was but a single event in a catalogue of persecution and civil war that threatened to bring the mightiest empire that the world had yet seen to its knees. Modern civilisation is, superficially, even more grandiose and almighty than Nero’s empire …”