The Future of Global Health 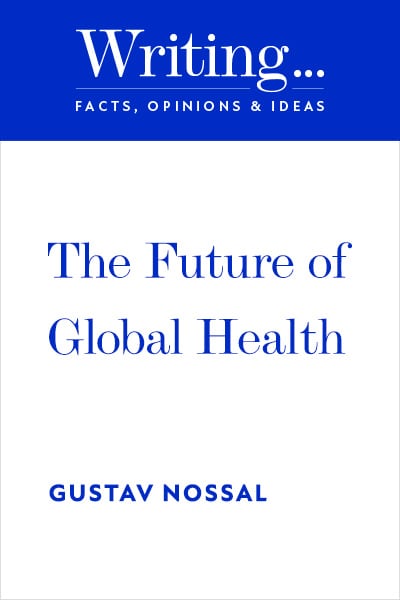 The Future of Global Health

“When I was a child, I was by no means alone in having Albert Schweitzer (1875–1965) as one of my great heroes. Organist, philosopher, physician and humanitarian, he inspired the world as a medical missionary in Africa. Early in life, he determined to pursue his interests in music, theology and ethics up to the age of 30. Thereafter, he would serve humanity directly and exclusively, with Jesus as his example. He started studying for a medical degree in Strasbourg in 1905, getting his MD after seven tough years, and then he set off for Lambaréné in what is now Gabon. He built a small hospital with money he had raised himself both by giving organ recitals and by a vigorous fund-raising effort in Germany and France. His wife acted as his anaesthetist. In the first nine months they treated 2,000 patients. With several years’ interruption due to World War I and to poor health, Schweitzer continued to go back and forth to Gabon for the rest of his life, and died in his beloved hospital aged 90. All the while, he continued his search for a universal ethical philosophy with reverence for life as its centrepiece …”