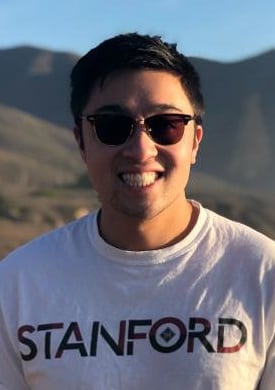 Khoa Cao earned his medical degree with dual honours from Monash University and trained as a medical intern at Austin Health with a focus in internal medicine. He is dual training in Public Health at the London School of Hygiene and Tropical Medicine and Medical Device Engineering at Stanford University as an Australian Fulbright Scholar on Full Scholarship. He has previously been a researcher at the University of Oxford and the World Health Organization, and founded an award-winning medical AI company and Australia’s largest medical hackathon. 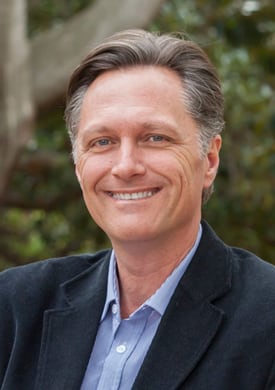 Jonathan Carapetis is a paediatrician, infectious diseases and public health physician, with particular expertise in Indigenous child health. He is a Winthrop Professor at the University of Western Australia, an infectious diseases consultant at Princess Margaret Hospital for Children, and an Honorary Distinguished Research Fellow of the Walter and Eliza Hall Institute of Medical Research. Carapetis is the Director of the Telethon Kids Institute in Perth, Western Australia. In 2021, Professor Carapetis was awarded an Honorary Doctor of Medicine from Curtin University and, in 2018, he was made a Member of the Order of Australia (AM) for his significant contribution to medical research. 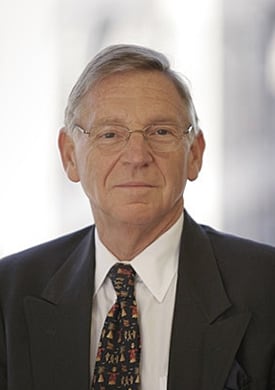 Barry Catchlove is a Sydney University medical graduate who has spent most of his professional life in health management, including 10 years as CEO of the Royal Children’s Hospital in Melbourne. He was a fellow of Sydney University Senate and President of the Alumni. His knowledge about pandemics is part of a broader awareness of medical history, particularly the way paradigm shifts in knowledge have influenced a range of medical practice and society in general. 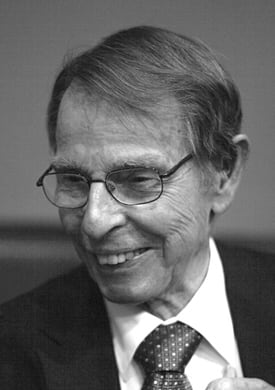 Maxwell Charlesworth (1925 – 2014) was an Australian philosopher and public intellectual. He was a Reader in Philosophy at the University of Melbourne and Professor of Philosophy at Deakin University and has served on a number of government committees on bioethics. He taught and wrote on a wide range of areas including the philosophy of religion and the role of the Church in a liberal democratic society; Australian Aboriginal culture and religions; bioethics; and the philosophy of education. In 1990, he was made an Officer of the Order of Australia for his contributions to Australian society in the fields of education and bioethics. 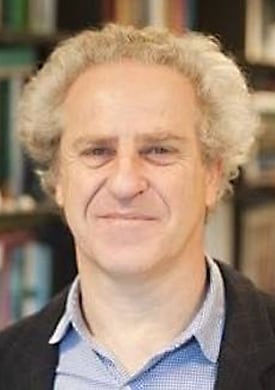 Peter Christoff teaches in the School of Geography. A political scientist by training, his research and teaching concentrate on aspects of climate politics and policy, and environmental policy. His recent work focuses on the implication of climate change for the welfare state, for finance and investment, and for biodiversity conservation. He was formerly a member of the Victorian Premier’s Climate Change Advisory Group, and the Ministerial Reference Council on Climate Change Adaptation. Previously he was the Assistant Commissioner for the Environment in Victoria, and Vice-President of the Australian Conservation Foundation. He is currently on the Editorial Board of the journal Environmental Politics. 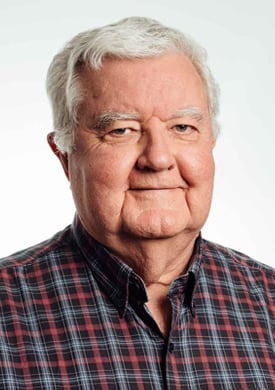 Ian Chubb is an Australian neuroscientist and academic, who was the Chief Scientist of Australia from May 2011 to January 2016. Prior to this appointment he was Vice-Chancellor of the Australian National University and Vice-Chancellor of Flinders University of South Australia. Professor Chubb was appointed a Companion of the Order of Australia for ‘service to higher education including research and development policy in the pursuit of advancing the national interest socially, economically, culturally and environmentally and to the facilitation of a knowledge-based global economy’. 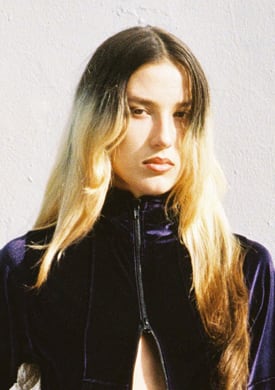 Ava Clifforth is a multidisciplinary artist and writer who questions the relationship between architecture, digital technology and biology. Her digital world-building, painting and sculpture trace the boundaries between our socio-cultural landscape and inner worlds. Her architectural designs are augmented by 3D graphics and animation which have featured at National Gallery of Victoria, Melbourne Design Week. Her current research examines digital architecture and speculative fiction. 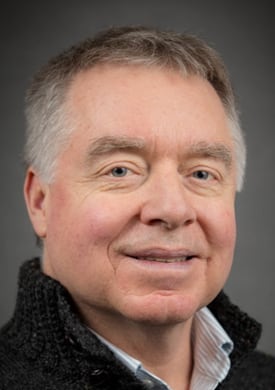 Mike Coffin is a marine geophysicist at the Institute for Marine and Antarctic Studies (IMAS). His research focuses on large-scale volcanism on the seafloor (large igneous provinces, or LIPs), tectonic plate boundaries, divergent continental margins, and interactions between the solid Earth and Earth’s environment. Primarily an observational scientist, Coffin has led or participated in 36 blue-water research voyages in the Pacific, Southern, Indian, and Atlantic oceans. The inaugural Executive Director of IMAS, Mike has also held leadership positions at the UK’s National Oceanography Centre (inaugural Director of Research) and the Integrated Ocean Drilling Program (inaugural Chair, Science Planning Committee). 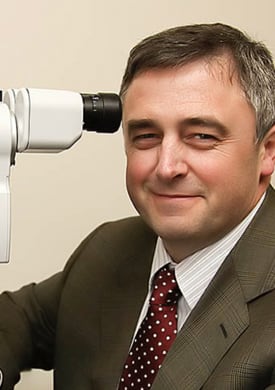 Michael Coote is a Principal Investigator at CERA. He was previously the Clinical Director of Ophthalmology at the Royal Victorian Eye and Ear Hospital. A/Professor Coote has been researching surgical solutions for glaucoma for over 20 years and is a consultant to the Glaucoma Clinic at Hospital. He has presented at local and International meetings on glaucoma surgery and new techniques. In collaboration with Professor Jonathan Crowston, he has developed the GONE online teaching and benchmarking tool, which has now been translated into Spanish and Chinese. The GONE program has had over 2500 eye care professionals enrol and use the program. 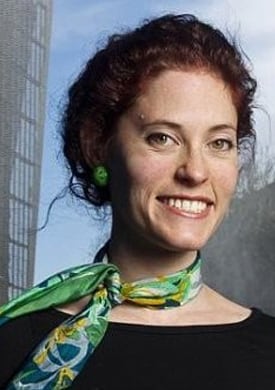 Dana Cordell leads and undertakes international and national research projects on sustainable food and resource futures. In 2008 she co-founded the Global Phosphorus Research Initiative – the first global platform to undertake research, policy and public engagement to ensure food systems are resilient to the emerging global challenge of phosphorus scarcity. Cordell provides expert advice and commentary to the United Nations Environment Programme (UNEP), UK Parliament and Australia’s Chief Scientist. She received the Eureka Prize for Environmental Research (2012) and a position in the 100 Women of Influence (AFR/Westpac, 2013) and Top 100 Most Influential People (Sydney Magazine, 2012).

Mary Crooks is Executive Director of the Victorian Women’s Trust, an organisation championing the rights of women and girls. She chairs Fitted for Work, an organisation helping disadvantaged women into meaningful work. In 2012 she received an Order of Australia, for her distinguished services to public policy and advocacy for the advancement of women. In 2016 she won the Public Policy section of the Westpac/Australian Financial Review ‘One Hundred Women of Influence’ for her years of work in shaping public policy in Australia. She specialises in environment and sustainability; philanthropy; social justice and human rights; and women’s safety public policy. 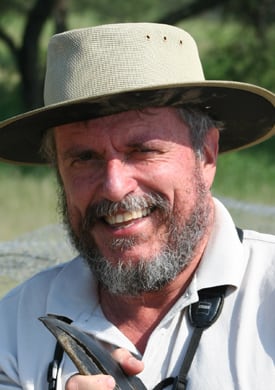 Andrew Cockburn is an Australian evolutionary biologist. He has worked and published extensively on the breeding behaviour of antechinuses and superb fairy-wrens, and more generally on the biology of marsupials and cooperative breeding in birds. His work on fairy-wrens is based around a detailed long-term study of their curious mating and social system at the Australian National Botanic Gardens. In 2001 Cockburn was elected a Fellow of the Australian Academy of Science (FAA) and awarded the Centenary Medal. Since 2014 he has been Emeritus Professor of Evolutionary Ecology and Natural History in the Research School of Biology at the Australian National University. 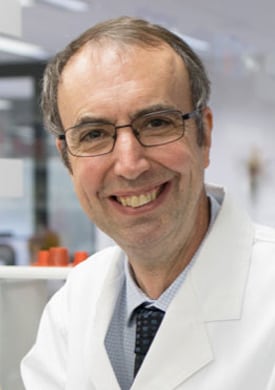 Merlin Crossley is Deputy Vice-Chancellor (Academic) at UNSW and Professor of Molecular Biology. He has also worked or studied at the Universities of Melbourne, Oxford, Harvard and Sydney. He has been recognized by numerous awards, including a Rhodes Scholarship and the Australian Academy of Science’s Gottschalk Medal. He has made significant contributions to academic administration, serving as Dean at UNSW since 2010, and previously having been Acting Deputy Vice-Chancellor Research at the University of Sydney from 2006 to 2008. 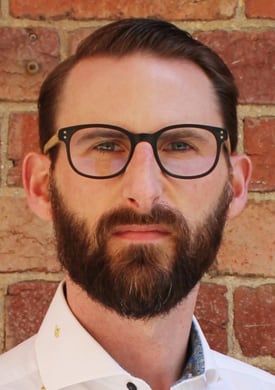 Simon Crouch is a Scholar of Corpus Christi College at the University of Cambridge and an Honorary Senior Clinical Lecturer at the University of Melbourne. Dr Crouch’s doctoral research looked at the health and wellbeing of children with same-sex attracted parents and he has been actively involved in advocacy work on behalf of same-sex families both in Australia and internationally. Dr Crouch is the Australasian Faculty of Public Health Medicine Regional Education Coordinator for Victoria and currently works as a Public Health Physician at the Victorian Government Department of Health and Human Services.